Lindsey Vonn is sponsoring two exclusive scholarships at Scholarful for $5,000 each.

Please note: if you have previously applied for the Fall award, you will need to re-apply in order to be considered for the Winter award!

Four-time World Cup champion skier and Olympic Gold Medalist Lindsey Vonn is passionate about bridging the gender gap in STEM and especially helping girls unlock the skills needed to pursue their dreams. Through her non-profit, the Lindsey Vonn Foundation (LVF), she has provided over 100 Lindsey Vonn Foundation Enrichment Scholarships totaling more than $220,000, nearly half of those scholarships going to iD Tech Camps and their all-girls program at Alexa Cafe.

The “Lindsey Vonn Scholarships” will be awarded to two outstanding individuals pursuing a four-year degree in an accredited U.S. institution in the amount of $5,000 each. These awards are open to any student acceptance into a four-year program at an U.S. accredited college or university enrolled in a four-year program. Applicants must have played sports at the high school level.

Lindsey also encourages students in your family who are between the ages of 10 and 18 to apply for her LVF Enrichment Scholarship or Sports Matter Scholarship here directly at https://www.lindseyvonnfoundation.org/scholarships.

Apply to the Lindsey Vonn Scholarship

Lindsey Vonn is widely regarded as the greatest female ski racer in history. Vonn is an Olympic Gold and Bronze winning Alpine Racer for the United States Olympic Ski Team and winner of four overall World Cup titles. She is also a New York Times Bestselling author for her 2016 debut novel Strong Is the New Beautiful: Embrace Your Natural Beauty, Eat Clean, and Harness Your Power. Vonn served as an International Games Ambassador in the 2018 Winter Olympics and is also the founder of the Lindsey Vonn Foundation, which supports girls through scholarships, education and athletics. In February 2019, Lindsey announced her retirement from ski racing and that same year commemorated her final season with the release of her HBO documentary “Lindsey Vonn: The Final Season.” Since her retirement, Lindsey has launched a production company, Après Productions, seeking to chronicle stories of sport, women and determination. 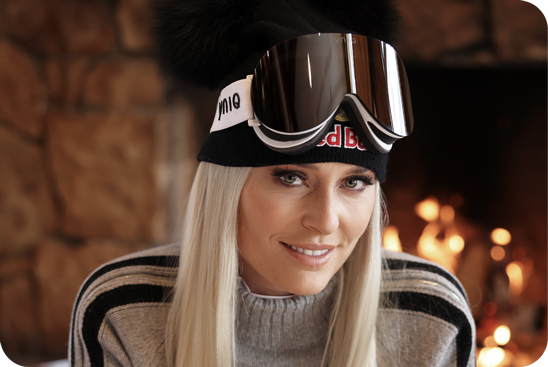 Apply to the Lindsey Vonn Scholarship

This website uses cookies so that we can provide you with the best user experience possible. Cookie information is stored in your browser and performs functions such as recognising you when you return to our website and helping our team to understand which sections of the website you find most interesting and useful.

Strictly Necessary Cookie should be enabled at all times so that we can save your preferences for cookie settings.

If you disable this cookie, we will not be able to save your preferences. This means that every time you visit this website you will need to enable or disable cookies again.